A potted history of All Saints, Grayswood

Addressing the spiritual needs of the village

In 1882, the Vicar of Witley, the Rev John Brownlow Chandler, became concerned about the lack of worship facilities in the hamlet of Grayswood. Initially, he introduced weekly evening services in the school room at Grayswood (now the Grayswood Club) and within two years, on 6th January 1884 at 8am, Holy Communion was celebrated for the first time in Grayswood.

The start of All Saints Church 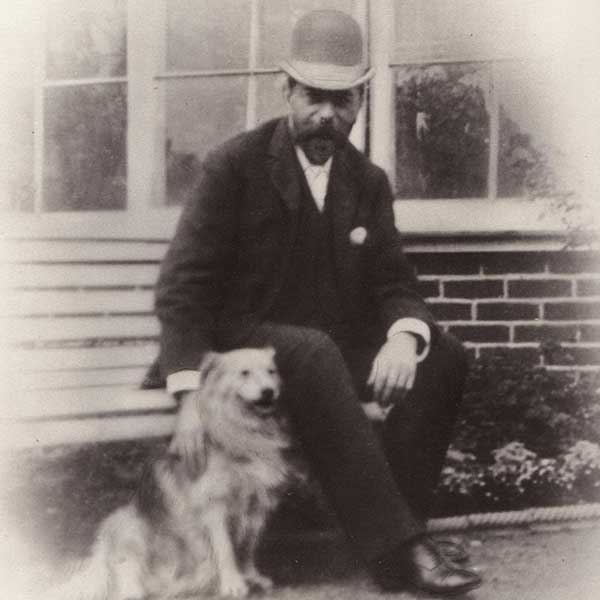 All Saints Church was built in the new parish of Grayswood, created from parts of the old parishes of Witley, Chiddingfold, Haslemere and Thursley. The church was financed by Alfred Harman, the photography pioneer who founded llford Films and who had come to live locally in 1894. He paid not only for the church, on condition a new parish was created, but also funded a handsome vicarage and provided a sufficient endowment to realise a stipend for the incumbent.

The land,  approximately one and half acres, was given by Lord Derby KG  and was sufficient for the church, adjoining churchyard and adjacent vicarage. In 1901, the Rev John Sherlock Leake, then the assistant curate at Haslemere, became the Vicar-designate for the new parish of Grayswood.

The construction and consecration 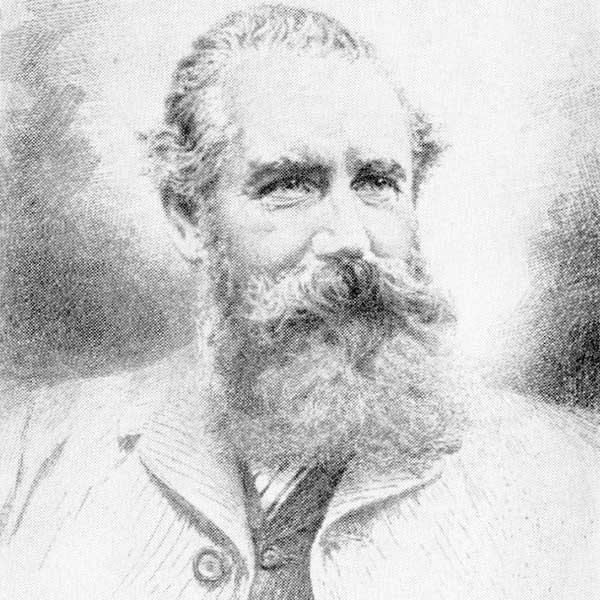 Axel Haig by A Tallberg

All Saints Church was designed by Axel Herman Haig, a friend of Mr Harman and a distinguished Swedish architect living in Grayswood.

Mr Haig was born on the Swedish Island of Gotland, educated at Visby, studied naval architecture in Sweden and then in 1856 moved to Great Britain to gain more experience at a shipyard in Port Glasgow. He later moved to London to pursue a career as an ecclesiastical draughtsman and became renowned for his etchings and lithographs.

The church is of early Gothic style, built of local sand-coloured Bargate stone. It has a square tower with an oak shingled spire. All Saints is thought to be the only church completely designed by Haig, although he supervised major restorations on a number of Gothic churches in Gotland, including the cathedral at Visby. 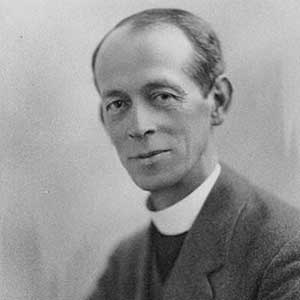 Wood is used extensively on the interior of the church, giving it a warm and welcoming feeling and the construction of the pitch pine ceiling is similar to the hull of a ship. Many of the stained glass window designs and murals have Viking characteristics and much of the interior carving was done by Haig himself.

Construction work started in February 1901 and just a year later, on February 13th 1902, All Saints was consecrated by the Lord Bishop of Winchester (Dr Randall T Davidson who later became Archbishop of Canterbury). The Rev John Leake was installed as its first Vicar. The Consecration Service was followed by a baptismal service including the baptism of the infant daughter of Rev and Mrs Leake. 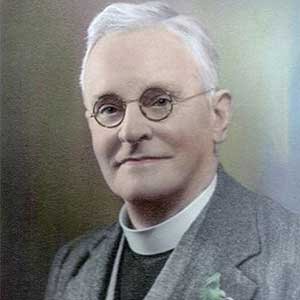 The Rev John Leake ministered in Grayswood until 1929 during which time he set in motion the pastoral aspects of the parish. It was largely due to his efforts that the new school was built on its present site in 1904 and that the Men's Club was established.

Two key figures in the history of the church died during his tenure. Alfred Harman died in 1913 and is buried in the churchyard beneath the East window in a grave marked by a distinctive Celtic cross.  Axel Haig who died in 1921, was buried in front of the church. His grave is marked by a memorial stone in the shape of a Nordic rune stone which bears a Viking galley and several six-pointed stars - a symbol of the Knights Templar. 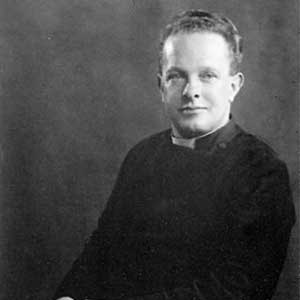 Additions to the church included the stone wall around the church and churchyard and the magnificent organ donated in 1925 and still in use today.

The Rev Robert Patrick Bond (1929-1936) and the Rev Frederick C Roberts (1936 -1960) continued to look after the needs of the parish during the war years. The clergy gave special attention to the welfare of the families and children of those killed and injured as a result of war.

The Rev Frederick Roberts served the parish through the challenging times of post-war Britain. A parish appeal in 1955 raised sufficient funds to restore the exterior wall pointing and the interior woodwork and many improvements were made during this period to the equipment and facilities in the church as a result of generous gifts from individual parishioners. Mercifully, although the walls were repainted, the PCC voted to leave David and Moses and the reredos frieze, as to have overpainted them would have robbed the church of part of its cultural heritage. 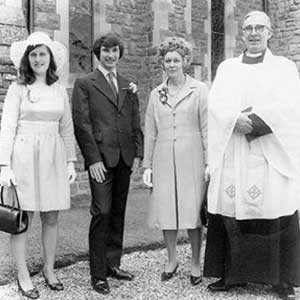 Rev Lionel Ouvry and his family

In 1960, Frederick Roberts died at his home in the vicarage and Rev Lionel Ouvry was appointed in 1961, remaining at Grayswood until 1974. The changing lifestyles of the 1960s put pressure on many churches, but Rev Lionel Ouvry worked hard to maintain a flourishing parish and rallied the younger members of the village to take an interest in the affairs of the church. The Diamond Jubilee Year of 1962 was celebrated with a Thanksgiving Service not only for the restoration work done on the church (the spire shingles, the organ, new electrical system and the heating) but also the increased attendance since family communion had been introduced once a month. 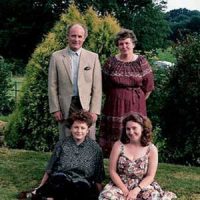 By the 1970s, the Church of England's finances were such that in small parishes such as Grayswood, a full time Vicar could not be sustained, and so, in 1974, when Rev Lionel Ouvry retired, the prospect of a part-time clergyman became a reality. The churchwardens and parishioners fought hard to maintain the independence of Grayswood and were rewarded by the appointment of a parish priest who would combine his parish work with that of Diocesan Communications Officer. Thus it was in February 1975 that the Rev Geoffrey Curtis was inducted to the Parish of Grayswood and a new era had begun.

Geoffrey immediately began to use his considerable communication skills to reorganise the parish to provide full-time support to a part-time minister and he was supremely successful managing to involve the laity in all aspects of church work. Throughout his time at Grayswood he fostered the involvement of the people of Grayswood in village life and gave special attention to the needs of the sick and elderly with home communion. He also enhanced the Sunday school provision and initiated Rogation Day Services at South Park Farm and Harvest Suppers in the hall. 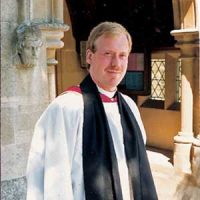 In 1985, the Diocese wanted Geoffrey to spend more time on Communications and so they agreed to the appointment of Rev Geoffrey Tickner as curate to the Parish. During the next 5 years Rev Geoffrey Tickner, who was a keen musician and singer, strengthened the choir and encouraged other musical events within the parish. He introduced the tradition of Christingle services which are still held in the parish.

The 1990s and the New Millennium 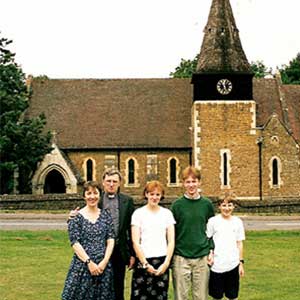 Rev Jonathan Shaw and his family

In 1990, Rev Geoffrey Tickner accepted a full-time post at New Haw and Rev Geoffrey Curtis was asked to work full-time on Communications. By the end of 1990 Grayswood had a new Priest, the Rev Jonathan Shaw, who would combine his parish work with that of Chaplain to the Royal Naval School, now the Royal School.

Jonathan was a great family man and, together with his wife Hazel, they built up family involvement in the church. He used his skills as a teacher to good effect when he led the successful 1992 and 1995 campaigns to prevent closure of the village school. Two major parish appeals were launched in the 1990s, one in 1993 raising £8,000 for the overhaul of the organ, and the other in 1995 raising over £5,000 to help build the new village hall. The new village hall was opened in 1997, and was funded by grants, trusts, village events and appeals, together with £150,000 from the Millennium Fund. In 1999, Rev Jonathan Shaw accepted a full-time position of Vicar in Mill Hill, London and once again, the way ahead for the parish was in the spotlight. 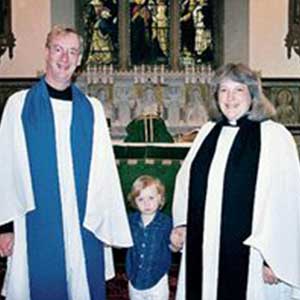 Rev Kate Atkinson and her family

After much discussion, it was agreed that the parishes of All Saints, Grayswood, and St Bartholomew's and St Christopher's in Haslemere would become a United Benefice, but Grayswood would maintain a large degree of independence with its own parish council and churchwardens. In June 2000, the Rev Kate Atkinson was installed as Priest-in-charge - an unpaid position but with the option to live in Church house in return for ministering to the parish for 3 days a week. As a house-for-duty priest, she would report to the Rector of Haslemere  but All Saints would be able to sustain its unique character as a thriving village church. 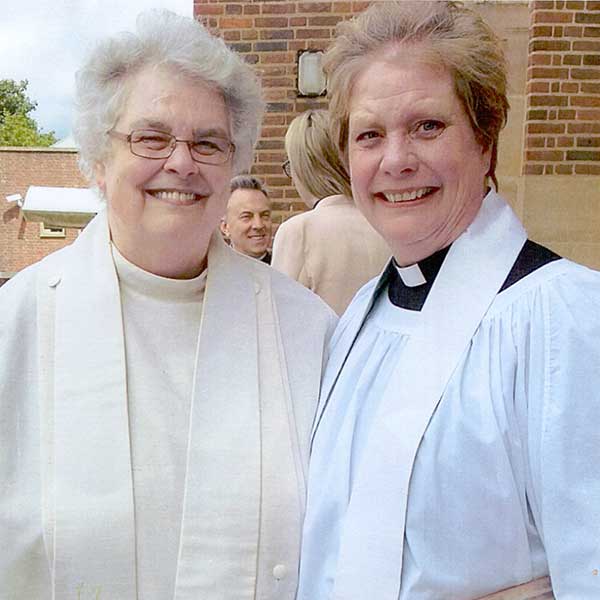 Rev Barbara Steele-Perkins succeeded Rev Kate Atkinson in 2003 also as a house-for-duty priest and served as the part-time parish priest until 2018. She was joined by Rev Fiona Gwynn in 2016 serving as a non-stipendary priest.

Rev Barbara Steele-Perkins retired in 2018.
On 9th February 2020, Rev Fi Gwynn was licensed as Associate Priest for Haslemere and Grayswood (with primary pastoral responsibility for Grayswood).

We are indebted to the late James Mackie for graciously allowing us to use information from his book “A Short history of All Saints Church Grayswood” in compiling this short profile of our church. 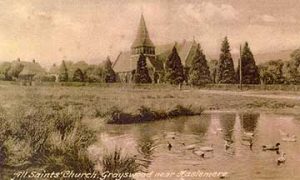 Grayswood Green at the time of the building of the church

Please visit our page commemorating those who served

We will remember them 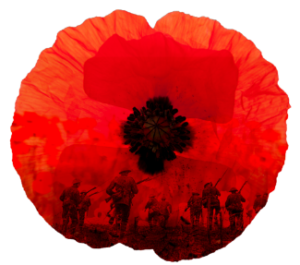