The font, on a base of York stone, is itself of Monk stone with an oak cover given by the Parish in memory of the second Vicar, Reverend Robert Bond.

The cover reads: "This font cover is given as a memorial by his parishioners  to the greater glory of God and in affectionate remembrance of ROBERT PATRICK BOND vicar of Grayswood 1929 - 1936."

Historic England describes it as an "Octagonal font with unusual deep bowl with alternating flat and convex sides on a carved based on shafts." 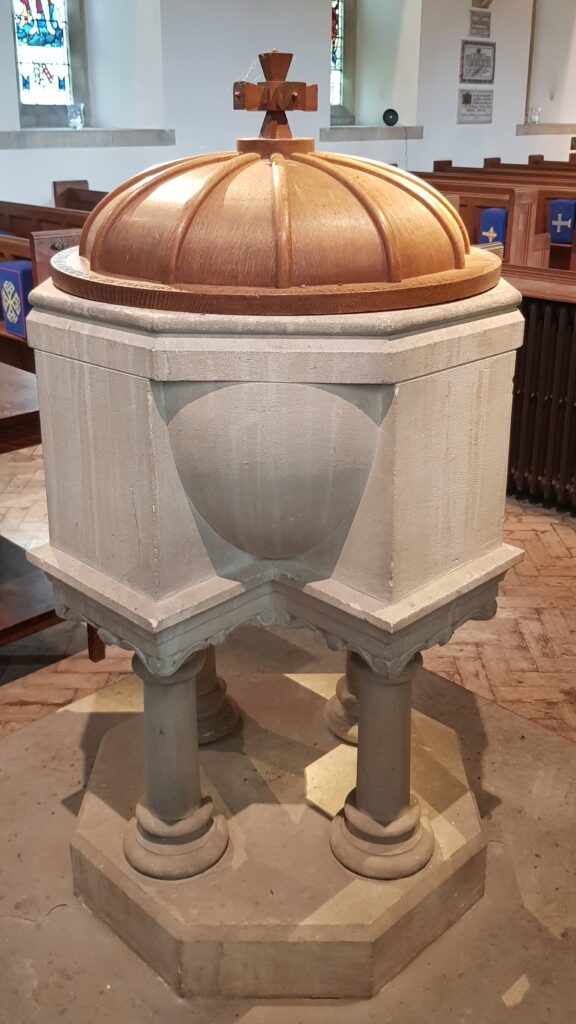 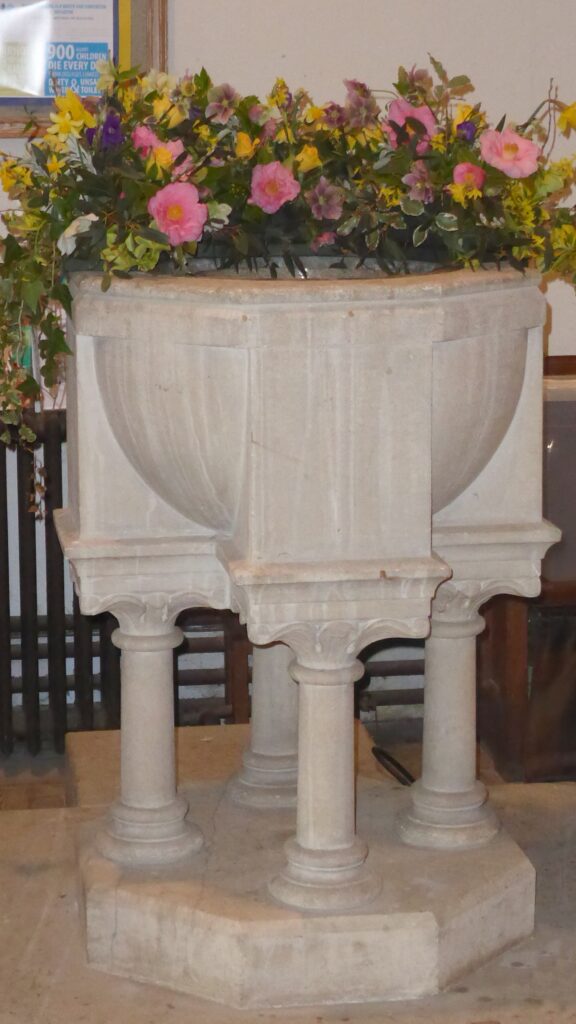 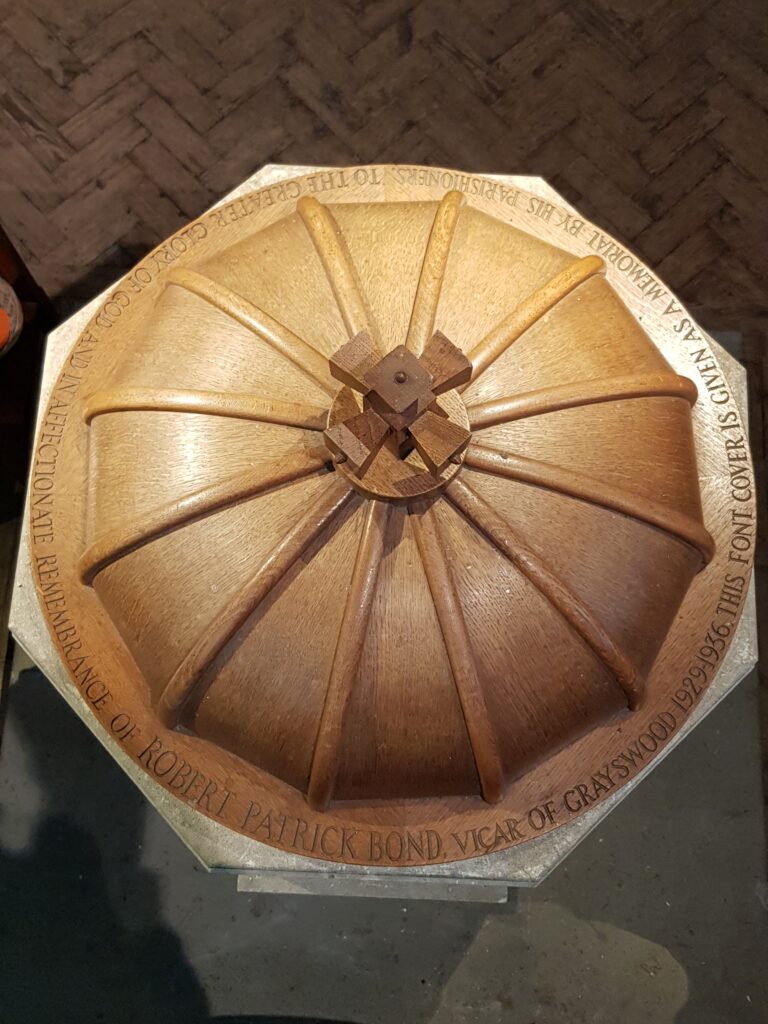