(13) The Nativity Scene – Adoration of the Magi

Adoration of the Magi

The deep relief panel of the Adoration of the Magi was carved by Axel Haig.

Axel Haig restored Visby Cathedral (Visby domkyrka) in the Gothic Revival Style at the turn of the 20th century. A reredos was added to the altar: There the main motif is the Adoration of the Magi (designed by Haig) surrounded by four standing saints under canopies, on the left St Birgitta (Bridget of Sweden) and St Olaf and on the right St Catherine of Vadstena and St. Nicolas.

The wood carvings of both nativity scenes are strikingly similar. The same four saints appear as stone carvings of four saintly heads in the niches at the corners of the great arch into the chancel at Grayswood.

The two male heads represent King Olaf II (Haraldson), who is credited with bringing Christianity to Sweden; and St Nicolas, the fourth century Bishop of Myra in Turkey, who became the model for Santa Claus. The two female heads with veils and crosses on their foreheads are said to be St Brigitta, a Swedish nun, visionary and patron Saint of Sweden; and her daughter St Catherine, the first abbess of the first convent in Vadstena.

These are same four figures as on the reredos at Visby and it seems that both sets were carved by Haig.

Adoration of the Magi - All Saints Grayswood 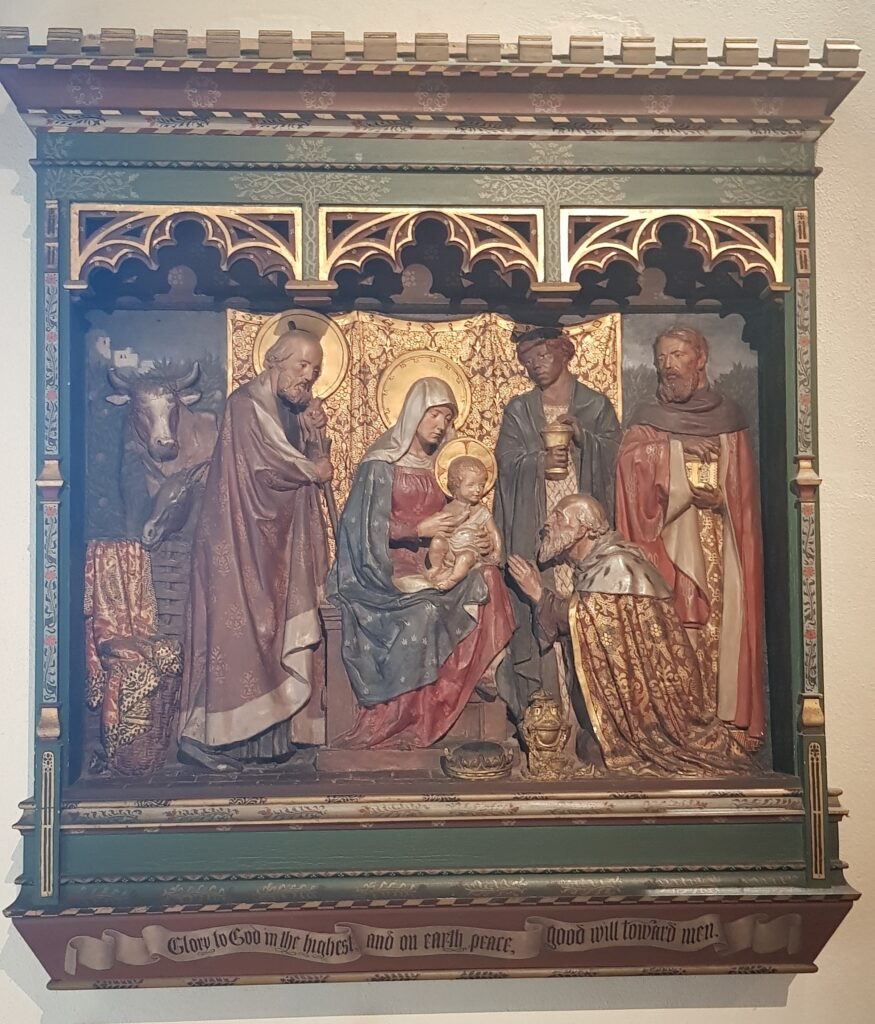 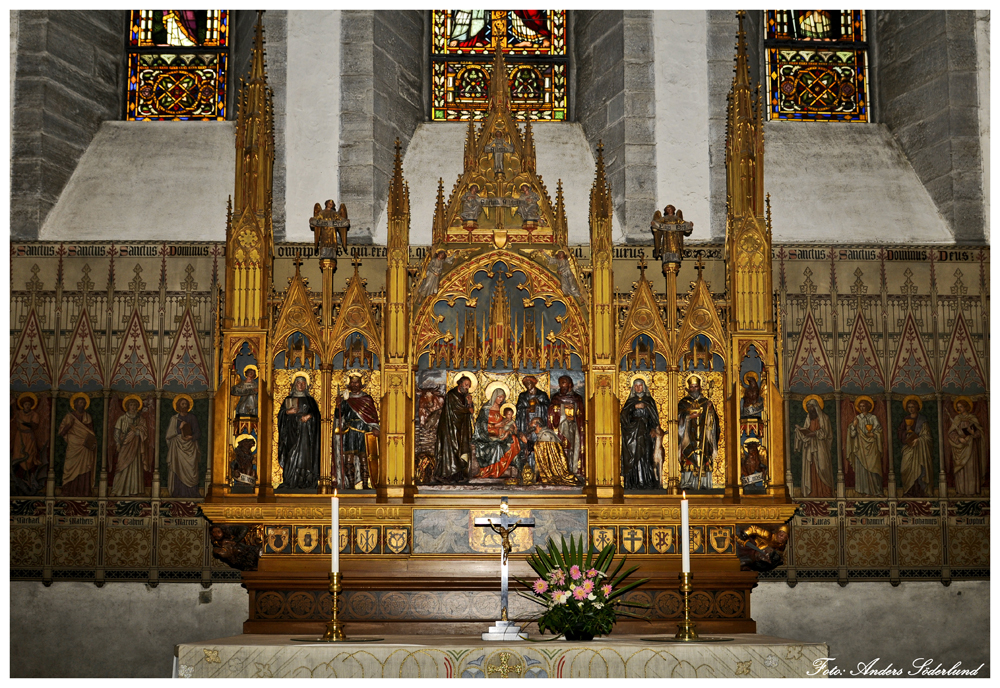 (13) The Nativity Scene – Adoration of the Magi