(10) The Evangelists, and above The Stone Angel

Beneath the two gothic arches to the North Transept there is a massive pillar, and on its capital there are fine carvings representing the four Evangelists, each a writer of the four Gospels.

The Evangelists are shown as a lion (Mark - Sanctus Marcus), an ox (Luke - Sanctus Lucas), a man (Matthew - Sanctus Matthias) and an eagle (John - Sanctus Johannes).

These are the four living creatures seen by St John in a vision and recorded in the Book of Revelation (4. 7-8). The verses can be seen  on the scrolls of the carvings "the first ... like a lion", "the second ... like an ox", "the third ... like a man", and "the fourth ... like an eagle". [Read the notes below for a more detailed explanation].

Revelation continues, the creatures "they rest not day and night, saying'Holy, holy, holy, Lord God Almighty, which was, and is, and is to come' ". This text can be seen carved around the top of the column

It is thought the carvings are by Axel Haig.

The large stone angel in the roundel above the arch leading to the North Transept is very different in style and does not appear to be by Axel Haig. The sculptor is unknown.

The angel's scroll reads "Glory to God in the highest"

The bases of the arches are each elaborately carved: one with the 'Lamb of God' (a description of Jesus used by John the Baptist) and one with the Christogram 'IHS' (derived from the Greek spelling of Christ). 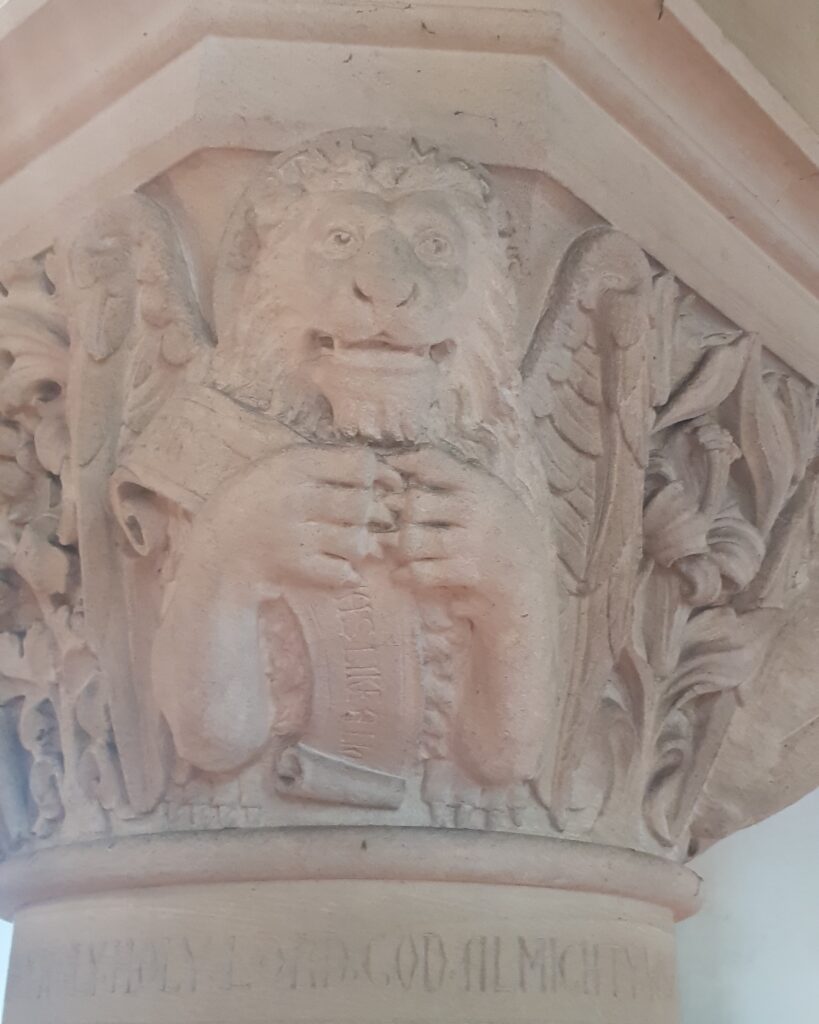 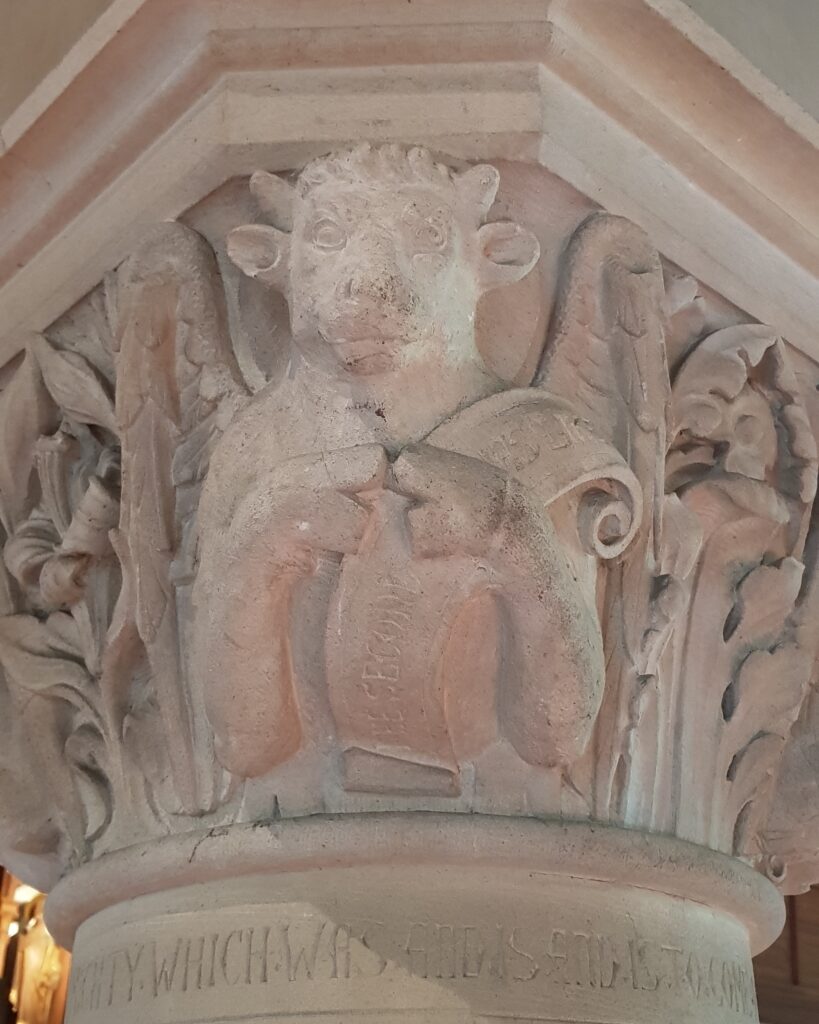 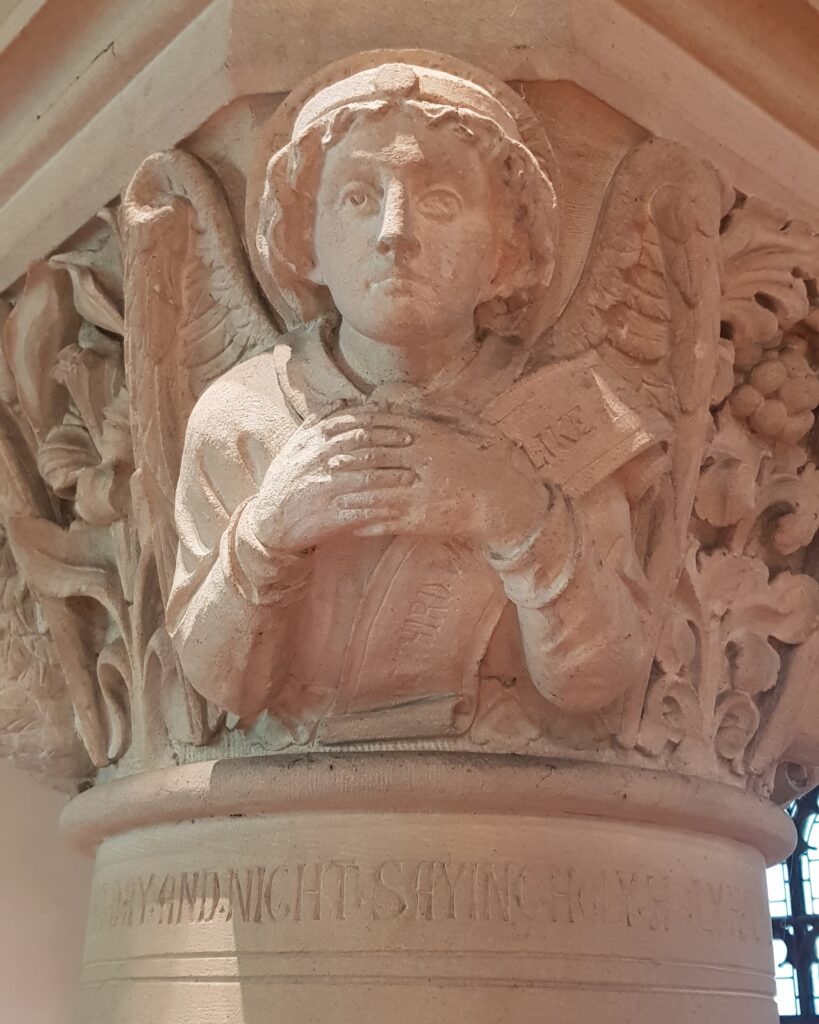 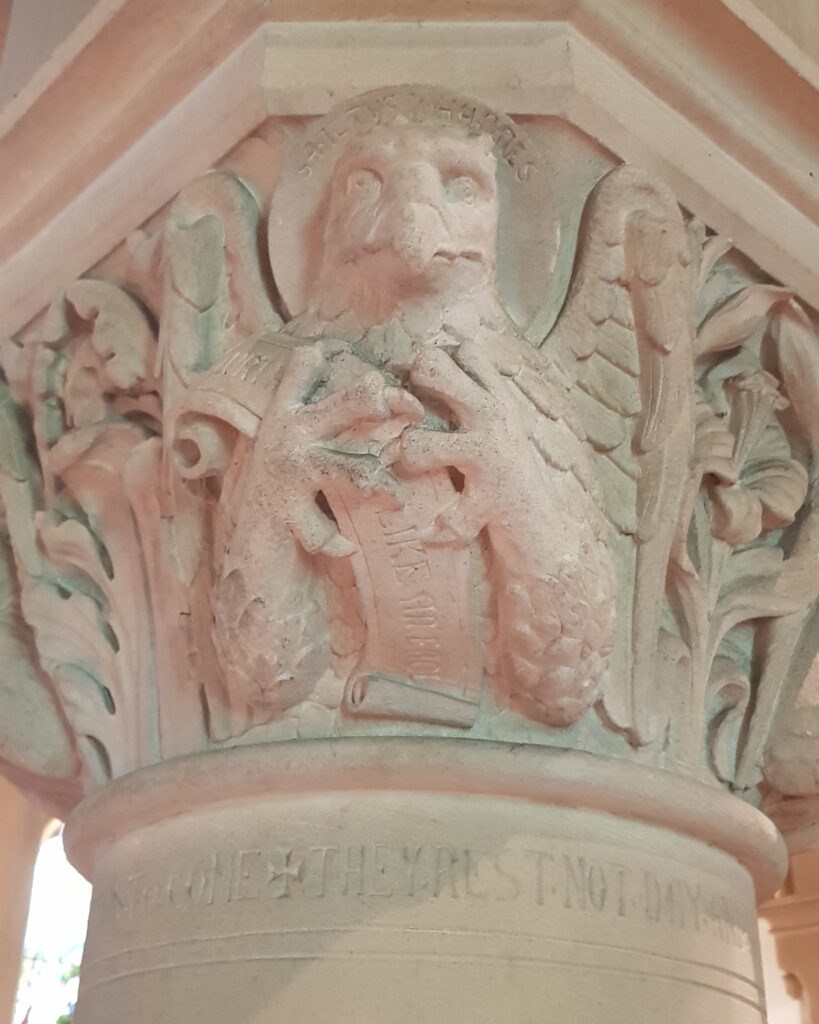 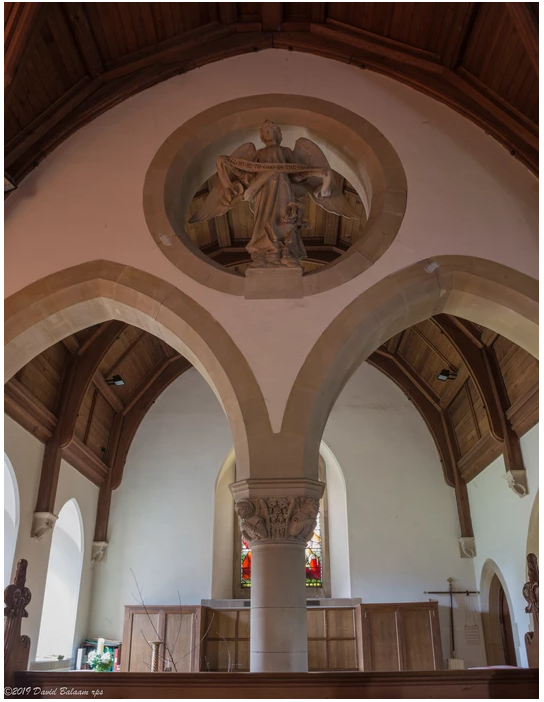 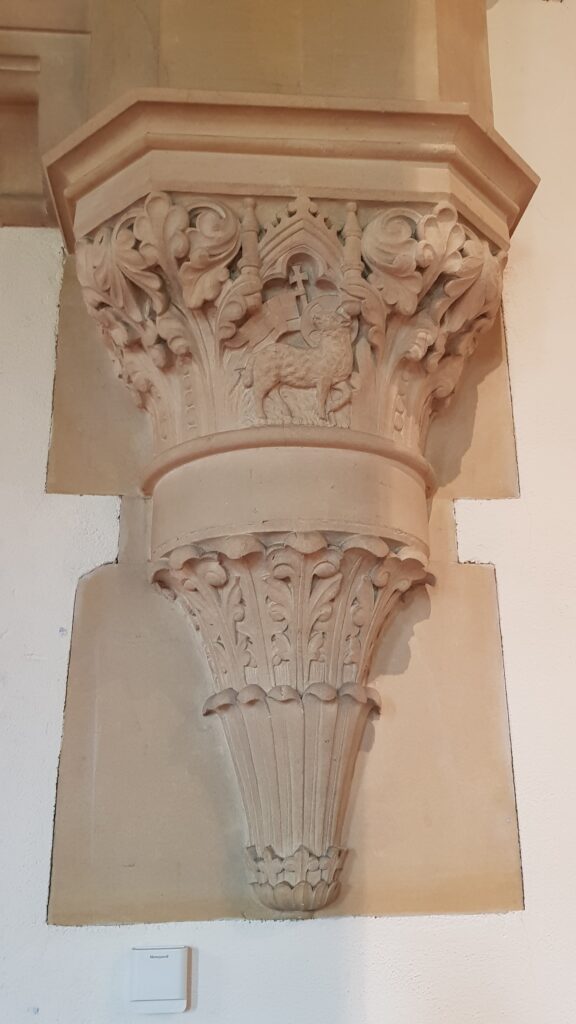 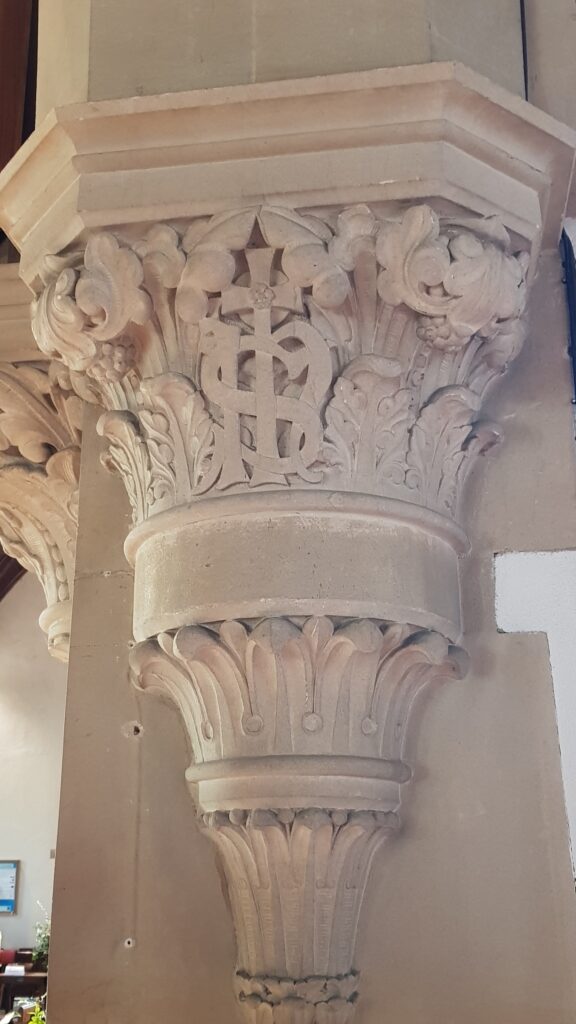 Symbols of the Four Evangelists

It is suggested by some writers that the wings on each of the symbols of the Evangelists is to show their connection to the divine. Perhaps to be viewed, like angels, as the messengers of God. They are the bringers of the Gospel, that is, the "good news."

The Gospel according to Matthew

The Gospel according to Mark

The image attributed to Mark is that of winged lion. His Gospel begins with references to the Prophet Isaiah. John the Baptist is the messenger who proclaimed the coming of the Messiah. The winged lion, which signifies leadership and royalty, is therefore seen as an appropriate symbol for the Son of God.

The Gospel according to Luke

The image attributed to Luke is that of a winged ox. A calf or indeed oxen were used in sacrifices in the Temple. The opening of Luke's Gospel begins with the announcement of the birth of John the Baptist to his father Zechariah a priest in the Temple who was offering sacrifice there. The winged ox is seen as a reminder of the priestly character of Jesus and of his sacrificial death for the sins of all mankind.

The Gospel according to John

The image attributed to John is a winged or flying eagle. This book is totally unlike the three synoptic gospels in that it begins with a lofty theological meditation upon the meaning of the fact of Christ. It concentrates on the long discourses that took place between Jesus and others. The reference in the Gospel to the disciples receiving the Holy Spirit perhaps makes the symbol of a winged or flying eagle even more powerful.

(10) The Evangelists, and above The Stone Angel